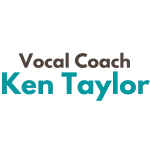 What Others Are Saying...

Here are a few more testimonials…

“Ken Taylor was able to do more for my voice in the first session, then I have been able to accomplish for myself in 11 years as a singer. I cannot begin to explain how comfortable and confident I now am walking out on stage every night. Here’s to you Mr. Taylor, I can never thank you enough!”

“My first few lessons were VERY educational and I also found that Ken Taylor is the BEST, informative teacher I have EVER had! HE breaks things down so you can understand them better and they are easier to remember. Not only is he a good teacher, but he is fun and fun to be around.”

Ken has been my daughter’s vocal coach since age 7 and she now is 12. He has taught her everything she needs to know about singing. She has auditioned for BROADWAY shows and has been in the final selections for parts in these shows. Sydney has also performed in local competitions and placed in the finals each time she has competed. She even won overall grand prize in the latest competition, which had over 150 other kids her age. These achievements could not have been obtained without the constant direction of Ken Taylor.

Sydney’s passion is singing, and having Ken as a vocal coach only helps her achieve her dreams. He is patient with his students, but teaches them on a level that really enhances their natural abilities. People constantly ask me who my daughter takes vocal lessons from every time she sings!

Ken is a great person and a great vocal trainer. I would not recommend anyone else in this area of training, but Ken Taylor.

I heard of the hype Ken was creating around the city and knew I had to try him out. Being a musical theatre student I wasn’t sure if he could tailor the lessons to fit my needs. All my worries melted away after the first lesson. It was exactly what I had been looking for. Not only did he give me very easy to follow instructions, he gave me explanations on why it was working. I became a stronger, more confident performer after only a few lessons and continued to grow thereafter. I knew these lessons were working when I was the only Freshman at University of Memphis to be accepted into the Musical Theatre program. I am so grateful for the work he has done and would recommend him to anyone serious about forwarding their musical career.

I have to admit I was very reluctant about getting a voice coach… but with nothing to lose, I did. I thought if I only get a little better, fine… I couldn’t get worse. Two weeks later, I noticed for the first time a huge difference in my voice, in my control. Months later, I gained much more than I ever imagined. I understood my voice differently. I began singing with emotion from auditions to performances.

Finally, I could understand how to use my voice. I learned how to make my voice do things I wanted instead of hoping.

The best thing I gained in my time with Ken is the confidence in my ability. He taught me more than how to sing well but how to perform confidently singing well.