5 Tips for Getting the Most Out of Vocal Competitions 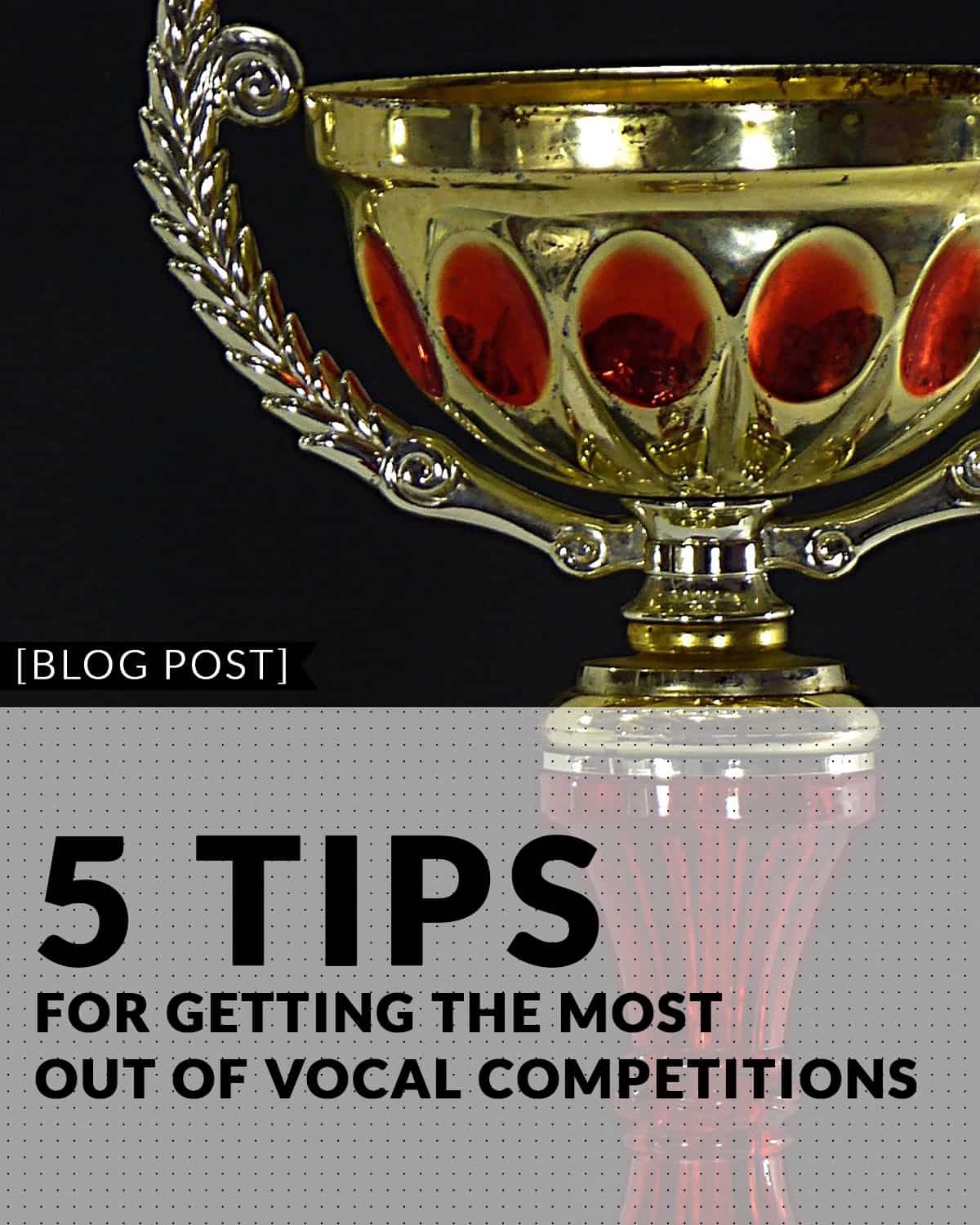 Summer’s winding down and to the competing younger singer, that can means only one thing… Fair Season Approaches. Personally, I never invested much stock in this type of competition because it isn’t something that’s helpful on a resume, but it is performance experience and the winners often walk away with some prize money, so what’s not to like? 🙂

That being said, here are a few suggestions on how to stick out
and benefit most from any vocal competition.

Your job as a performer is to entertain your audience. It’s not about the applause, it’s not about hitting the high note, it’s about making those dimly lit faces in the audience smile. And in order to do this, you want to do something that the majority of them are going to like. You wouldn’t sing R&B at a country music competition, just the same way as Lady Gaga would likely not perform at the Met (even though she has a phenomenal voice…she was accepted into Julliard at age 11). The point is, different crowds like different things. Be sure that the music and performance you select is in line with your audience likes and you’ll go far.

2. Tease Your Audience with Your Abilities

Singers that belt their faces off from the beginning are a dime a dozen. Talent is good to have, but the more the audience hears you do something that’s extra impressive, the less impressive it becomes. So don’t give away all you’ve got at the beginning. Choose a song that shows glimpses of talent throughout, but doesn’t open up to a full climax until the end. Some songs do this naturally, but you can also alter the way you sing a song to make this happen as well.

Why is radio bombarded with seemingly untalented artists? Is it because there’s a lack of great singers in the world, or a lack of intelligence on behalf of the record industry? No. You see, they know something that most of the masses haven’t realized consciously. They’re choosing artists that are believable. Believability is one of the most important characteristics a singer can have. When you hear Bruno Mars sing “Grenade,” you hear his pain. When you hear Britney Spears “sing,” she’s evokes a partying part of you that’s less than moral (or makes your blood boil). When you hear Cage the Elephant sing “Ain’t No Rest for the Wicked,” you can’t help but hear his irritation. So what does all this mean… if you’re going to sing a song, make sure you can sing it in a way that’s believable and you’ll stick out way more in the judges minds than those other “polished” singers that all sound the same.

I don’t always like relying on gimmicks, but realistically, they work. Adding humor to an act or simply falling in line with an extreme stereotype can help the judges remember you, especially if you do it well. The gimmick can be in your appearance, your song, or simply the way you interpret your song. One year a student of mine sang to a stuffed monkey for the duration of her number. It worked because the song (Bride’s Lament) started off referring to putting a monkey on a pedestal, and the monkey was a metaphor for her husband. It was funny because the student was about 4′ nothing, and quite dramatic. She was the youngest in the competition, and the day of the semi-finals was ranked second out of 60ish people. Not too shabby. So what can you add to your performance to help you stand out?

5. Have Fun and Be a Good Sport

I’m all about a little bit of healthy competition, but at the end of the day, I think events like these are really just a great way to surround yourself with like-minded people and have fun. If you’re too serious about winning the competition, you’re likely going to miss out on a lot of what the experience has to offer. You can learn a lot from your performance experiences, but the competition should be with yourself, not others. Each time you do a competition like this you’ll get a result, and afterward, if it wasn’t the result you wanted, consider how you can better approach it next time. If you were nervous, maybe you need to get on stage more. If your song didn’t wow the judges, why? If you had problems enjoying yourself, what was getting in the way? Competitions can be fun, but a single competition won’t lead you to stardom, so don’t blow it out of proportion in your head. Have fun, make new friends, encourage the other singers along their journey, and learn from every performance experience you get, and next time, you’ll be that much further along.

I hope this helps, and best of luck to you in your next competition!