Why You Should Be Unrealistic… 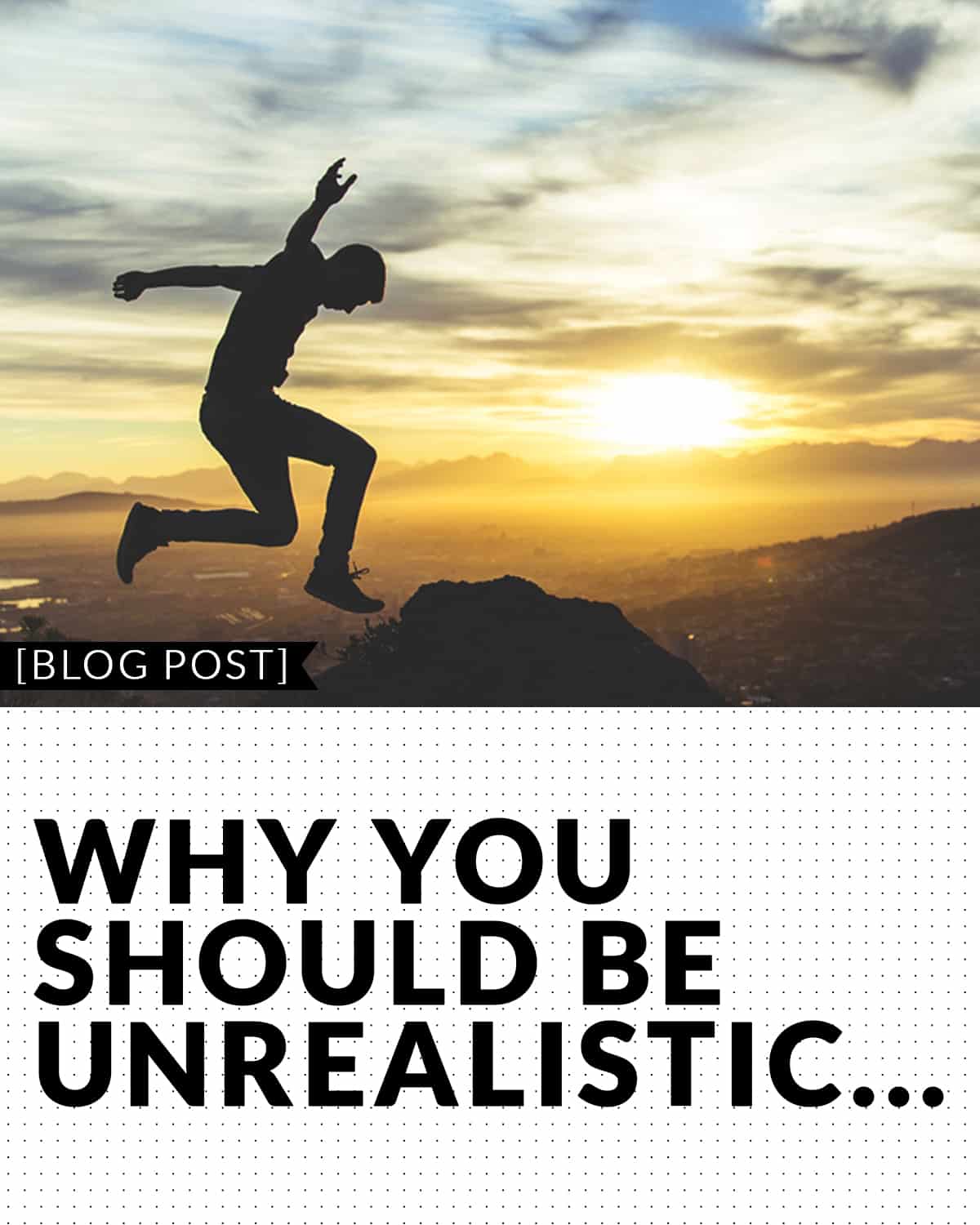 Story time: A while back I was having a conversation with a friend of mine. It gradually turned into a heated debate where we were talking about our lives, and our ability (or lack thereof) to shape them into what we wanted them to be.

In my view, he was being quite pessimistic and when I suggested this to him, he said, “I’m not pessimistic, I’m REALISTIC!” My reply slipped through my lips without thought or hesitation
… “Well you and I live in totally different realities.”

The only way to become successful at something is to continue to take the next step. Every second you spend in doubting, worrying, or hesitating sets you back. Know where you’re going, and keep moving in that direction. If you have the right beliefs, you’ll move forward that much faster.

So yeah, the moral of today’s story is: Ignore the nay-sayers and don’t be afraid to be a little unrealistic 🙂

ps – If you know someone whose reality is getting in the way of their dreams, please feel welcome to share this with them!

The Importance of Knowing Your Strengths